We track daily real estate data with charts depicting vacancy rates and asking rents per square foot compared to previous year for both the office and retail spaces in the Atlanta Metro Area. We also compare vacancies % increase from last year.

A recent article in the Atlanta Business Chronicle notes that Atlanta companies are putting millions millions of square feet of sublease space back on the market. However while many companies have been impacted and are deciding to work from home due to COVID-19, the tech sector has been more resilient. And while the current levels of vacant subspace is substantial, it is not unprecedented. Higher levels were seen during the dot-com bust. 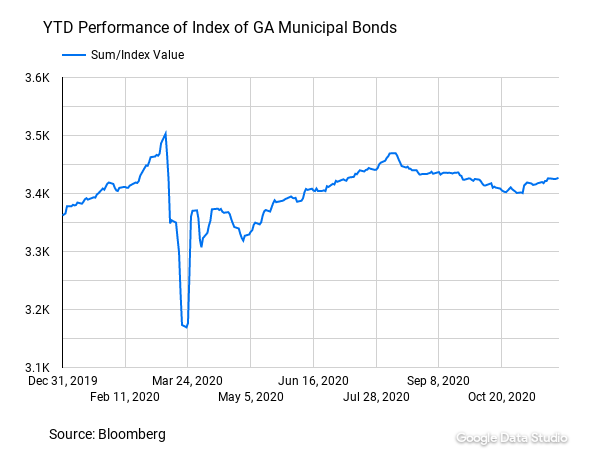 For the week of November 9-13, the index comprising 30 bonds was up 1.7% Year-to-Date, up 0.1% in this figure since last week. Notably, the best performing bonds, development authorities of various northern Atlanta suburbs, saw the greatest improvements this week. 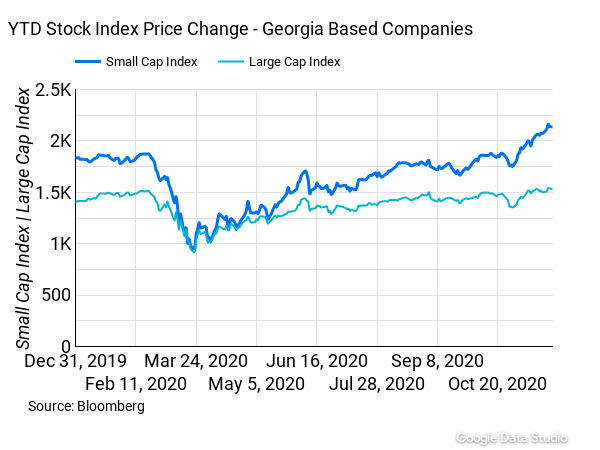 For the week of November 2-6, the Georgia public firms index rallied 8.4% in price since last Friday's close, reversing last week's major drop, likely due to political speculations on the US Election. The index is up +3.8% YTD, a sharp turnaround from this figure being negative last week.

For the week of November 2-6, the index comprising 30 bonds was up 1.6% Year-to-Date, up 0.4% in this figure since last week. This is the first major uptick since the index had been on a slow decline since its peak in early August. 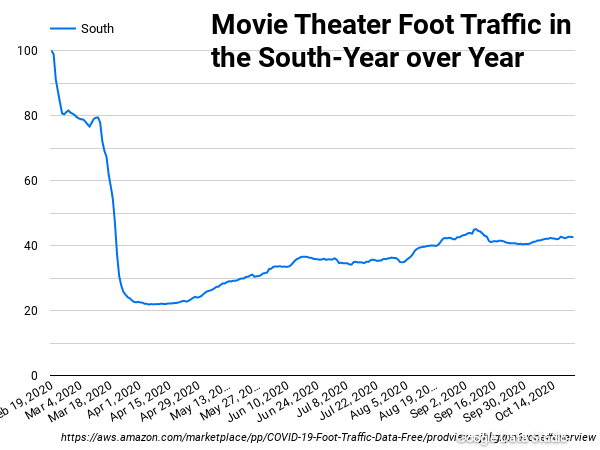 Movie theater foot traffic slightly increased between October 9th and October 23rd, inching up 1%. This doesn't correspond with the regal cinema closures and film delays. There may be a discrepancy with the data. 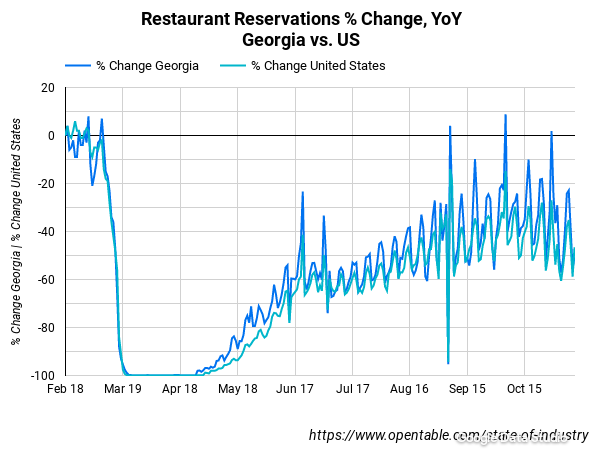 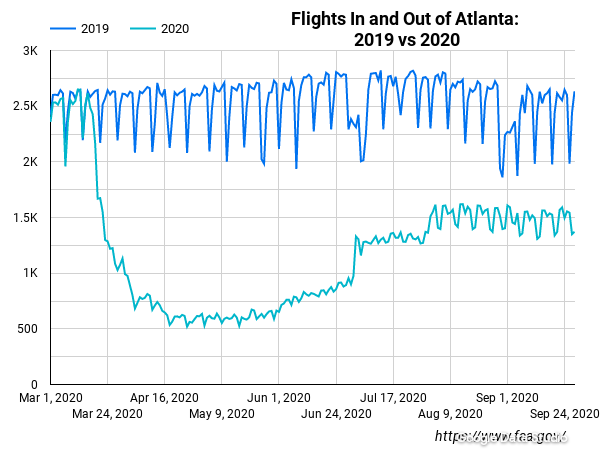 FAA traffic out of ATL is down 3% vs last month and down 39% of what it was last year. A contributing factor for higher air traffic vs passenger traffic is that one of Delta's hubs is out of ATL. Since Delta has continued to fly their planes at only 60% capacity, they must fly more planes to meet customer demand.

Photo of an undetermined Georgia Tech home game during the 1918 college football season. That's when the sport was hit by the Spanish flu and the end of World War I.

This Site is No Longer Being Updated!
It is to Be Used For Archival Purposes